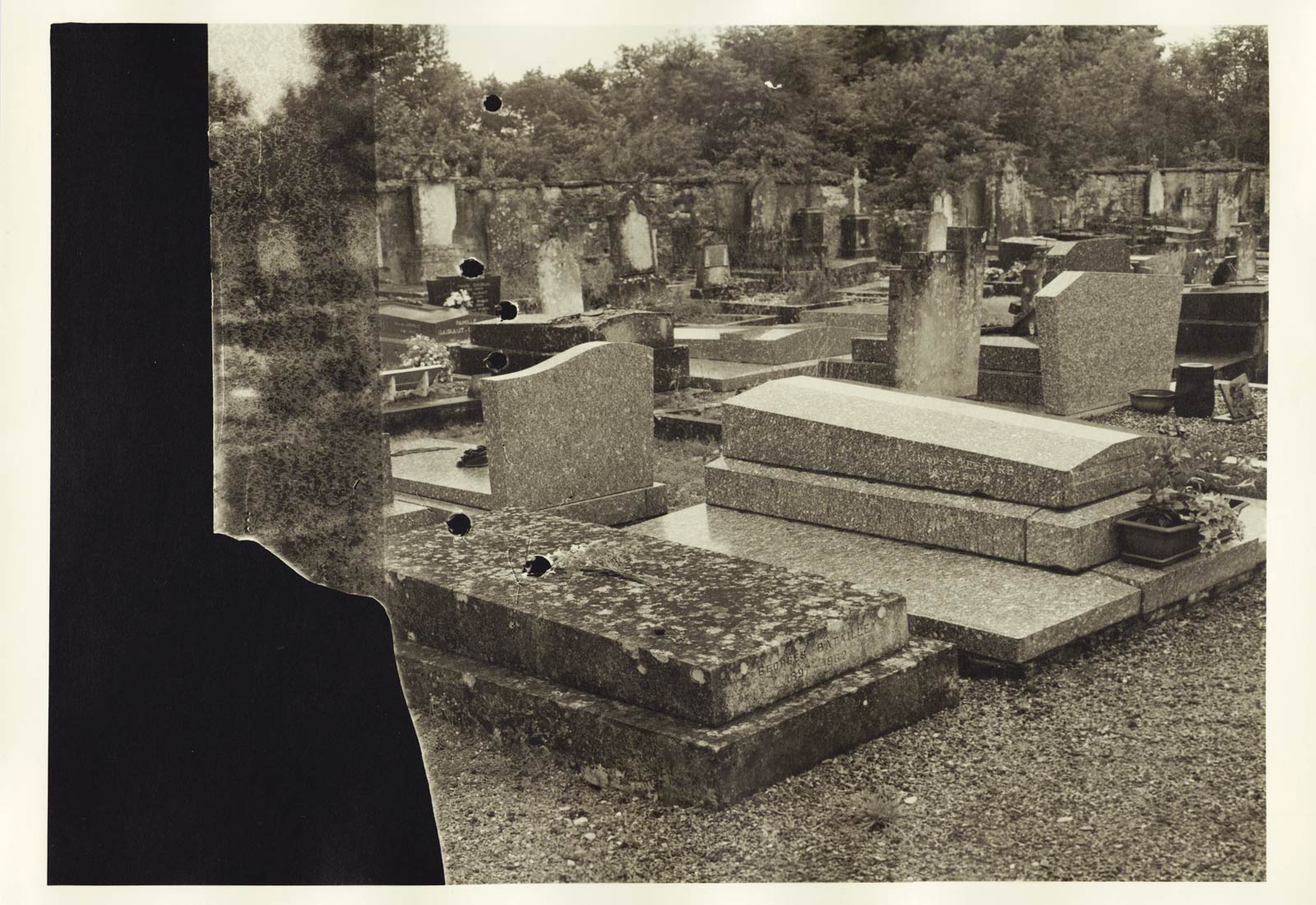 This photograph is of Georges Bataille’s grave, the resting place of the writer who once so eloquently united the worlds of religion, death and love through acts of violence; haunting us during nights of self-induced insomnia and terror. In more general terms, the photograph is an image of death. It opens itself up to nothingness, a dark abyss created by the excess of light hitting the sensitive surface of photographic paper; the ripped and damaged film violently interrupting the depicted scene and exposing the hollow emptiness of the image itself. Bataille’s friend Maurice Blanchot observed that images and cadavers have a lot in common, both directly bound to something that once was. In their stillness they show us a quite different picture from the image with which we were once familiar.

She received her MA in Photography from the Royal College of Art in London in 2012. She is a finalist of the ING Unseen Talent Award (2016), and a recipient of the Jerwood Photoworks Award (2015) and The 1000 Words Magazine Award (2012), among others. She has several self-published books as well as Supreme Vice published by Mörel Books (2011). She had exhibited her work at various galleries and museums worldwide, most recently at the Open Eye Gallery in Liverpool (UK), Belfast Exposed (UK) Jerwood Space in London (UK), Le Bal in Paris (F) and Musée de l’Élysée in Lausanne (CH).