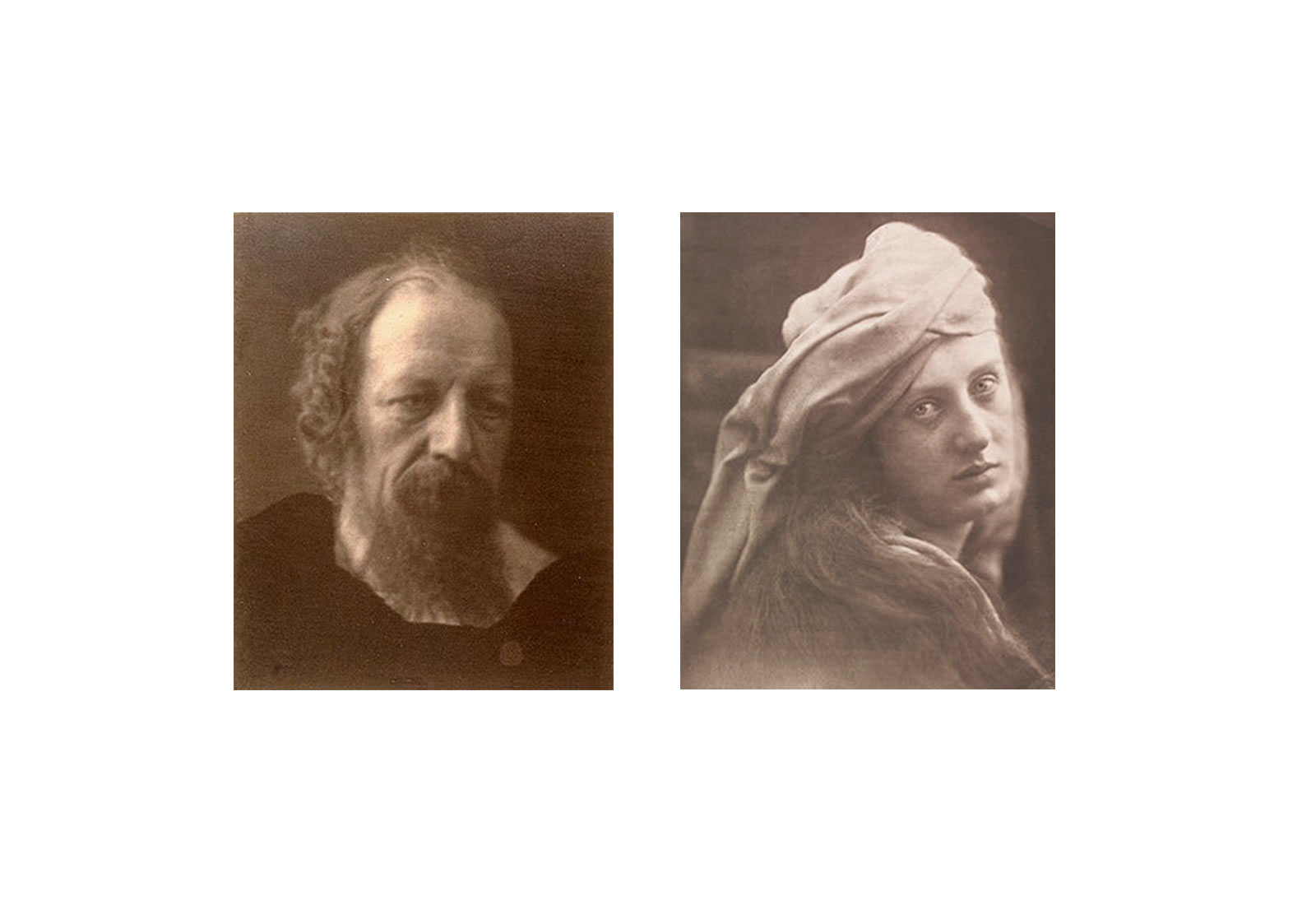 Julia Margaret Cameron’s work can be loosely divided in two strands: the first are portraits of her contemporaries and family members; and the second are allegorical works depicting historical or literary characters. Beatrice Cenci falls into the second category. ln this photograph, Cameron’s niece May Prinsep plays the role of Beatrice Cenci, a sixteenth-century Italian noblewoman whose family were the subject of a scandalous murder trial in Rome. Beatrice, her siblings and mother were accused of assassinating their father, whom they accused of abuse, rape and incest. The public was captivated by the trial, which nonetheless resulted in the torture, conviction, and execution of the Cenci family. The tragic story inspired many artists and writers, including the painter Guido Reni and the English Romantic poet Percy Shelley, who wrote a play about the Cenci family in 1819 after seeing Reni’s portrait of Beatrice in ltaly. The composition of Cameron’s photograph is also based on the Reni portrait.

The Poet Laureate Alfred, Lord Tennyson was Julia Margaret Cameron’s close friend and neighbour on the Isle of Wight, and Cameron made many portraits of him during the course of their friendship. Cameron was well-known for her lack of interest in the crisp, technically accomplished commercial photography of her time, preferring instead to make use of the imperfections of her medium for artistic purposes. In this portrait of Lord Tennyson – as in many of Cameron’s portraits – the focus is deliberately soft. Cameron said of her focusing tecnique that when ‘coming to something which, to my eye, was very beautiful, I stopped there instead of screwing on the lens to the more definite focus which all other photographers insist upon.’ Many of her contemporaries criticised what they saw as her lack of proficiency in the technical aspects of photography. However, Cameron continued to make use of technical imperfections of her wet plate collodion negatives – a notoriously complex process – to allude to the hand of the artist in the making of the image and differentiate her photography from commercial and scientific fields, instead placing it on a par with fine art painting and sculpture.

Julia Margaret Cameron (1815-1879) was at the forefront of nineteenth-century artistic photography, and at the centre of a group of Victorian artists, scientists and intellectuals, many of whom she made portraits of. She was born in Kolkata 200 years ago this year – and died in 1879 in Sri Lanka.