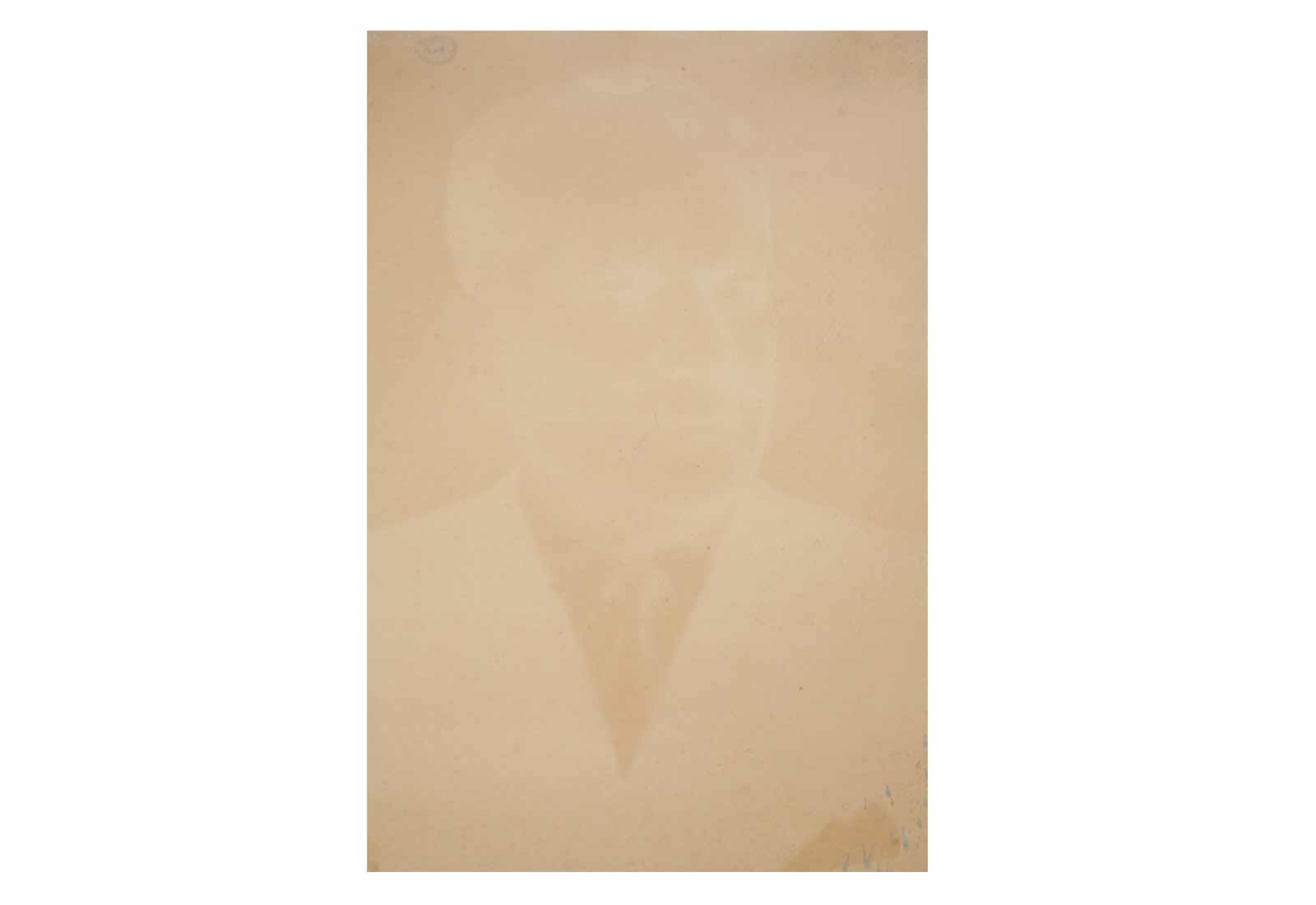 Backing board from found photograph frame

There, in that office, I took the photograph off the wall, separated it from the cardboard background to which it was glued, and suddenly realized that the light had pierced the photograph, engraving the contours of the photographed Josip Broz Tito as a consequence of the many decades of long operation of the sun.
The shadow has outlived its form. The outline of the face which is left behind the photograph as a prosthesis of an ideology, drawn out in the epoch of the historical revisionism, it remains a trace of the cyclic repetition of power and acceleration of history in the new order of memory. The positive of the photograph is transformed into the negative of the paper, a false bottom, between the relation of power and privacy. Illusions refuse to be buried.