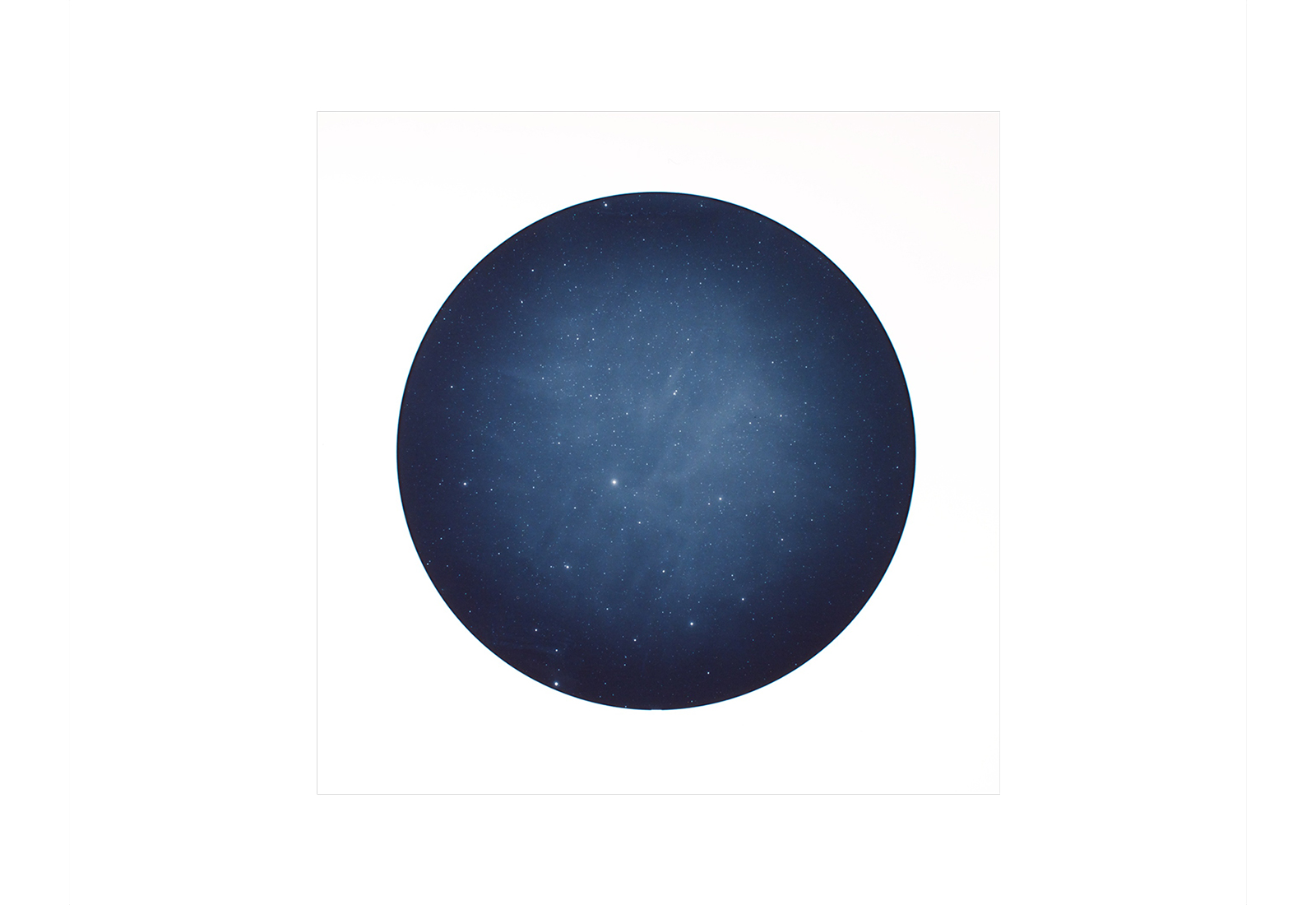 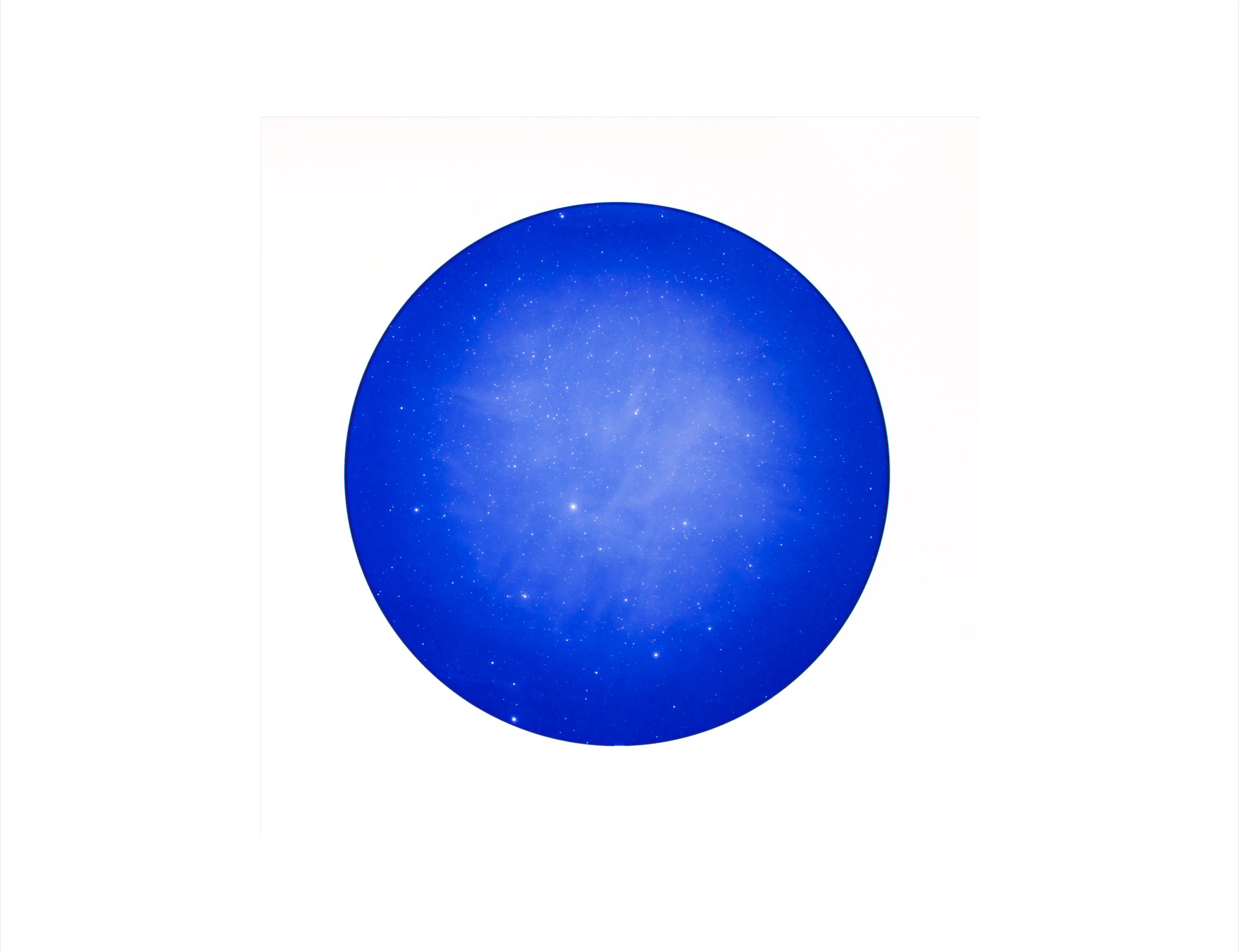 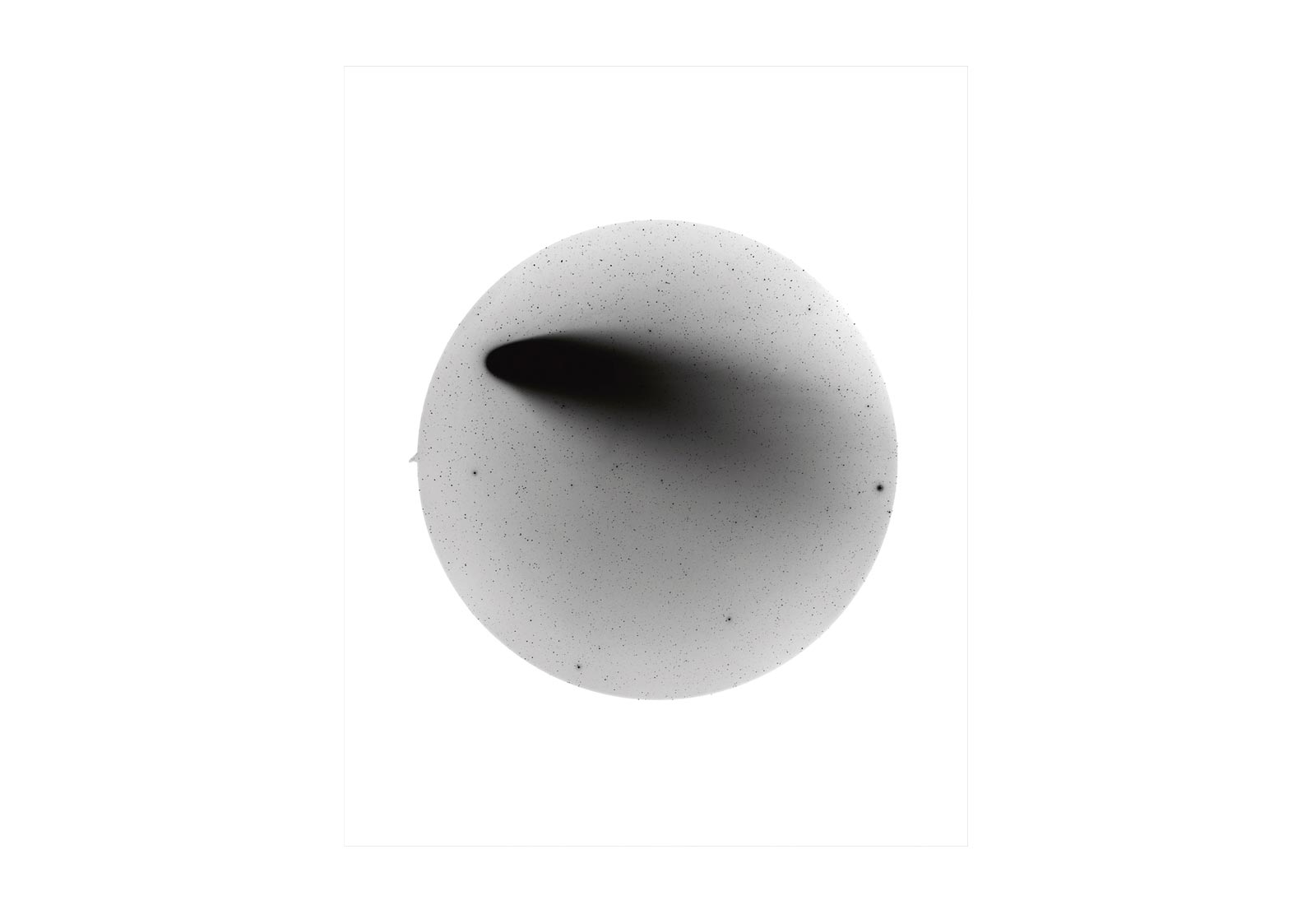 Sophy Rickett’s Objects in the Field (2012) was produced during a residency at the Institute of Astronomy at Cambridge University.
The images combine some of the last analogue images to be created at the institute with colour palettes used in more recent false-colour images of deep space, originating from the Hubble Telescope. These deep-space images are gathered as data – emissions from different types of atoms – and need to be constructed as images to make them intelligible to the eye. The artist’s strategy references Elizabeth Kessler’s assertion that this colour palette originates in the tradition of mid C19th North American painting, for example in the work of Albert Bierstad or Thomas Moran.

Between 1985 and 1989, Dr Roderick Willstrop, a now retired astronomer at Cambridge University’s Institute of Astronomy (IOA) designed and built The Three Mirror Telescope (3MT). Over the first two years that the 3MT, a camera telescope, was operational, Dr Willstrop set about conducting a series of experiments and tests, building up a substantial number of photographic negatives of different regions of the night sky. In 1991 the telescope was modified to capture images digitally, although in 1997, Willstrop refitted the original film carousel so that he could make an analogue image of Hale-Bop, a newly discovered comet, rather than a digital one. The Hale-Bop negative was to be the 123rd that he made with the telescope. Later that year, the 3MT’s funding was withdrawn which ultimately lead to it being decommissioned. Dr Willstrop would go on to become Chair of the Libraries Committee, but the subsequent closure of the darkrooms at the IOA stopped him from making any more prints from his archive of negatives. In total, Dr Willstrop’s 3MT produced a set of 125 film negatives, many of which had not been printed until now.

Sophy Rickett graduated from the Royal College of Art in 2003 and is represented by Brancolini Grimaldi Gallery in London. This work is taken from a recent show at Kettle’s Yard Gallery in Cambridge, Objects in the Field (2012)