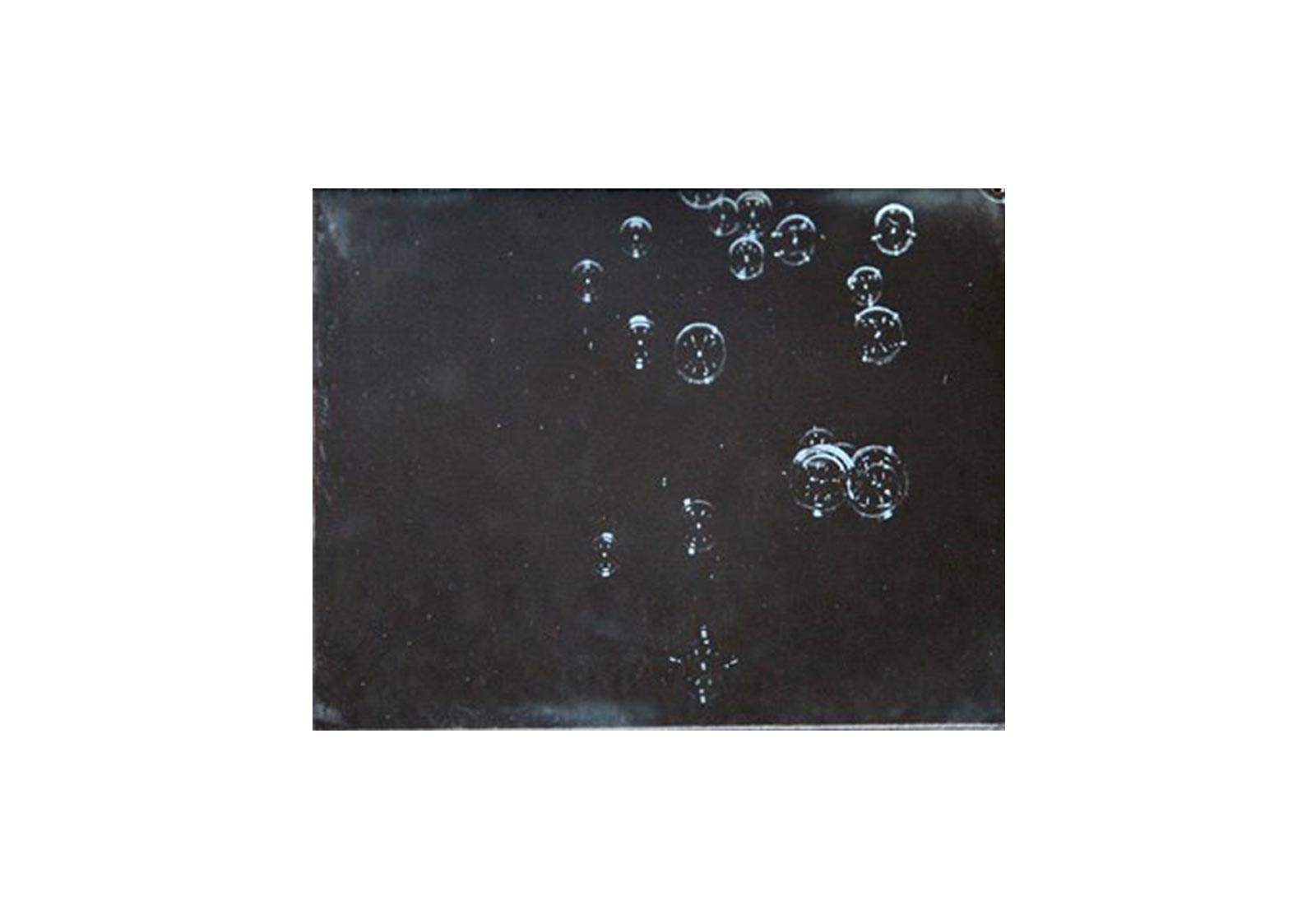 Many and strange are the universes that drift like bubbles in the foam upon the River of Time – Arthur C. Clarke

Melanie’s MA thesis compared 17th Century Dutch Vanitas paintings which used the soap bubble as a visual metaphor for the brevity of life, and compared these to multiverse and inflation theory, considering whether the universe is just a quantum fluctuation from nothing. Many physicists use soap and foam to describe cosmological happenings, as if the bubble universe could pop in and out of existence at any time. It is said we are one amongst a sea of bubble universes. In Homo Bulla, Melanie was keen to use the daguerreotype due to its unique reflective properties. As you approach the daguerreotype, the image appears and disappears, and can only be viewed from a certain perspective. Additionally, the use of the daguerreotype refers to Victorian memorial culture, as daguerreotypes were often used to keep portraits of passed loved ones close at hand. The bubble exists for a couple of earth seconds, maintaining a perfect shape, refracting and reflecting it’s surroundings. Melanie’s work encourages us to view the existence of life as something beautiful and precious, existing for mere seconds in the entire timespan of the universe.

Melanie King is a recent graduate from the MA Art and Science course at Central Saint Martins. Melanie is also part of the Space Is Ace art collective along with three other Art and Science graduates, all of whom have a strong interest in astronomy.