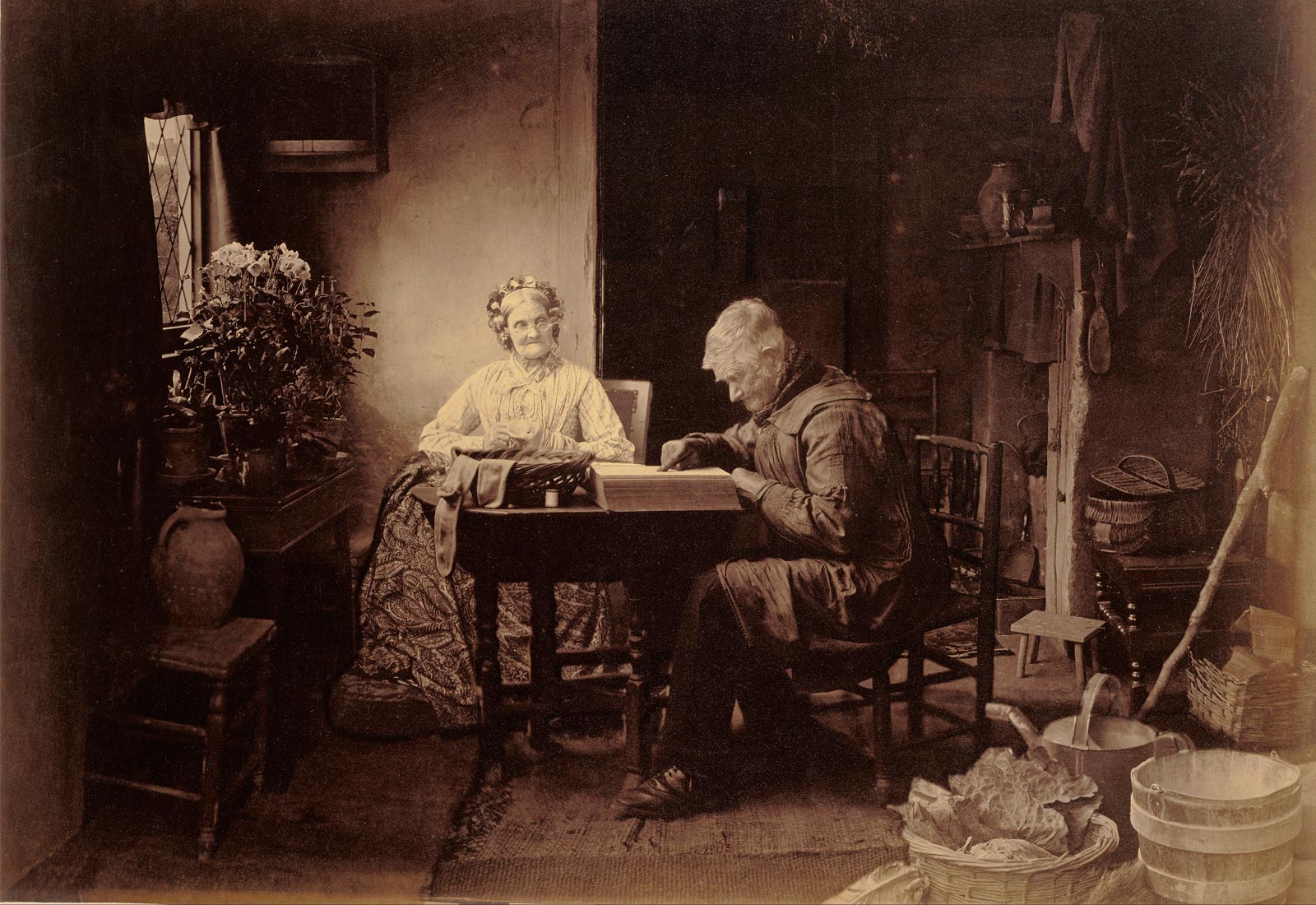 ‘One of the best models I ever employed was an old man of seventy- four. He was a crossing-sweepen I should never have accomplished one of my best works if I had not seen him sitting at a table in my studio, waiting, till I could talk to him. I not only saw the old man there, but mentally the old lady and the interior of the cottage…The old man, by his attitude and expression, gave the germ of the idea; the old lady had to be found, and the cottage built, but they appeared to me then quite visibly and solidly’

Henry Peach Robinson When the Days Work is Done is perhaps Robinson’s best-known work and a clear example of the constructed photograph. From the initial idea to the printing process, Robinson constructed tableaux to match the image in his mind, often using various different negatives – a process known as combination printing – to construct a single image. In this photograph, six different negatives were used; the most easily discerned seam between negatives is the vertical line between the light and dark areas of the background.

Henry Peach Robinson (1830-1901) was a Pictorialist photographer and writer. Although his work has fallen out of fashion, he was an extremely infuential figure in nineteenth century photography and the undisputed master of combination printing.