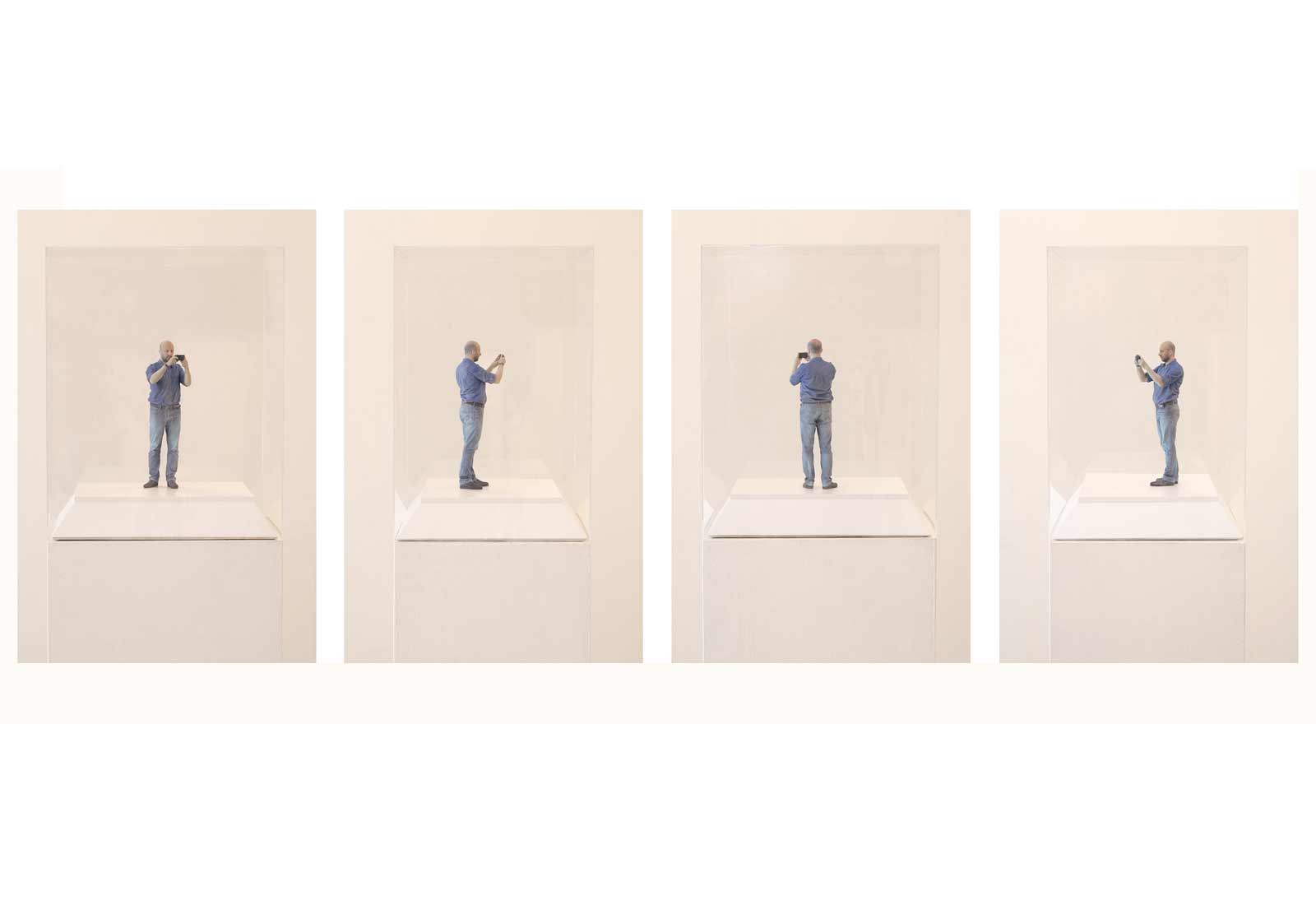 The work consists of two parts. Revealing the View – part one  is a 6’51’’ video which is a recording of myself undergoing the process of 3D scanning in a photo-studio, using a personal pocket camera. I recorded the process from within the photo studio whilst my figure was being generated in an additive  3D print. An integral  part  of  this  video  installation  is The Piano  Concerto  No.  21 Andante, by W. A. Mozart.

Taking into account the development of the photographic medium throughout history, the  idea of producing a sculpture in additive 3D print using digital data obtained in the process of 3D scanning one’s own body is located within the changing physical manifestation of the camera operator (the photographer) in relation  to  the  scene  being  photographed.  Specifically,  the  physical manifestation  of  the  photographer  concerns  the  manner  in  which  the photographer captures and communicates the scene at the point of recording—the  way  the  transfer  of  his  view  manifests  at  the  moment  of  taking  the photograph.   Generally  speaking,  with  the  exception of  the camera  obscura that  has  a  simple  hole  without  a  lens,  this  view  has  always  had an optical transfer due to the fact that the lens, as an optical instrument, is an integral part of the photographic apparatus. Today, the dominant type of image (digital) is mediated through the surface of the screen embedded in the body of  the  camera.  The  view  that  used  to  pass  through  the  lens  has  been suspended and replaced with a view that stays, hovering on the surface of the display.

Ivan Petrović studied at the Academy of Fine Art (Braca Karić), in Belgrade, Serbia. He has exhibited widely in Europe and America and is the co-Founder of the Centre for Photography, (with artist Mihailo Vasiljević) an independent non-profit organisation established in Belgrade in for research, study and promotion of photography.